How Music Can be Used Successfully in Speech Therapy 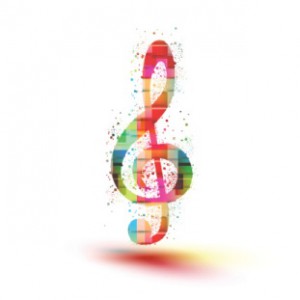 In my career as an SLP, I have seen how singing/music can be effective in treating speech and language disorders in all ages.

Children learning speech can develop language through nursery rhymes while adults can use melody to unlock phrases after a stroke.

A great example of this was reported in Advance for Speech and Hearing on June 18 2014. In the article “Aphasia Choir in Burlington”, the choir director Karen McFeeters Leary, a speech-language pathologist at Fletcher Allen specializes in working with adults with neurological disorders.

Leary recalls from her graduate coursework a story about a 19th-century man who had suffered a massive blow to the head; stripped of his ability to speak, he still allegedly sang fluently in his church choir.

Her own research turned up only a couple of other aphasia choirs: one in California, one in Texas; both supported by large metropolitan hospitals. Leary’s concerns about an insufficient local population for the choir were allayed when she found, via local stroke support groups, 11 willing volunteers.

The stroke survivors who performed in the Aphasia Choir all suffered a stroke in the left hemisphere – the part of the brain that has dominion over language, among other functions. The right hemisphere, by contrast, controls our response to the components of music: melody, harmony, pitch and so on.

It seems that the brain “transforms” songs’ lyrics into strictly musical information. As far as your brain is concerned, you’re not singing the words “my dog has fleas”; you’re singing four musical notes that get mapped atop meaningless utterances. And that’s why some people with aphasia are perfectly credible singers.

Melodic Intonation Therapy (MIT) can be used with adults to help them produce phrases. This is not new but effective. Putting simple phrases to a melody can help in their production. I held a patient’s hand and we swung our arms and sang “How are You”. This was with a gentleman who after is stroke could say “well” spontaneously but nothing else.

In children, music can grab a child’s attention, and help lay the foundations of language development through imitation and turn-taking. I have used the Imitation CD by Kid’s Express Train.

This CD focuses on imitation at a very basic level including noises, consonant-vowels structures, single words, and simple phrases. All songs contain the phrase, “Your turn” to give children the cue of when to imitate the words.

Imitation Station has excellent speech practice for children slightly below or above the single word level. It gives children repetition of words many times during each song. Repetition is the key focus of this CD.

SLPs need to use all the tools they can to help patients recover or develop language. Singing may seem basic but is actually complex and can unlock the door to communication.

Sandra Alexander has over 20 years of experience in the speech therapy field. In 1994, she received her Masters Degree in Communicative Disorders from San Diego State University and in 1985 she received a B.A. in Communicative Disorders from the University of Redlands. She is also a returned Peace Corps Volunteer who taught speech therapy in Ecuador from 1987-1989.